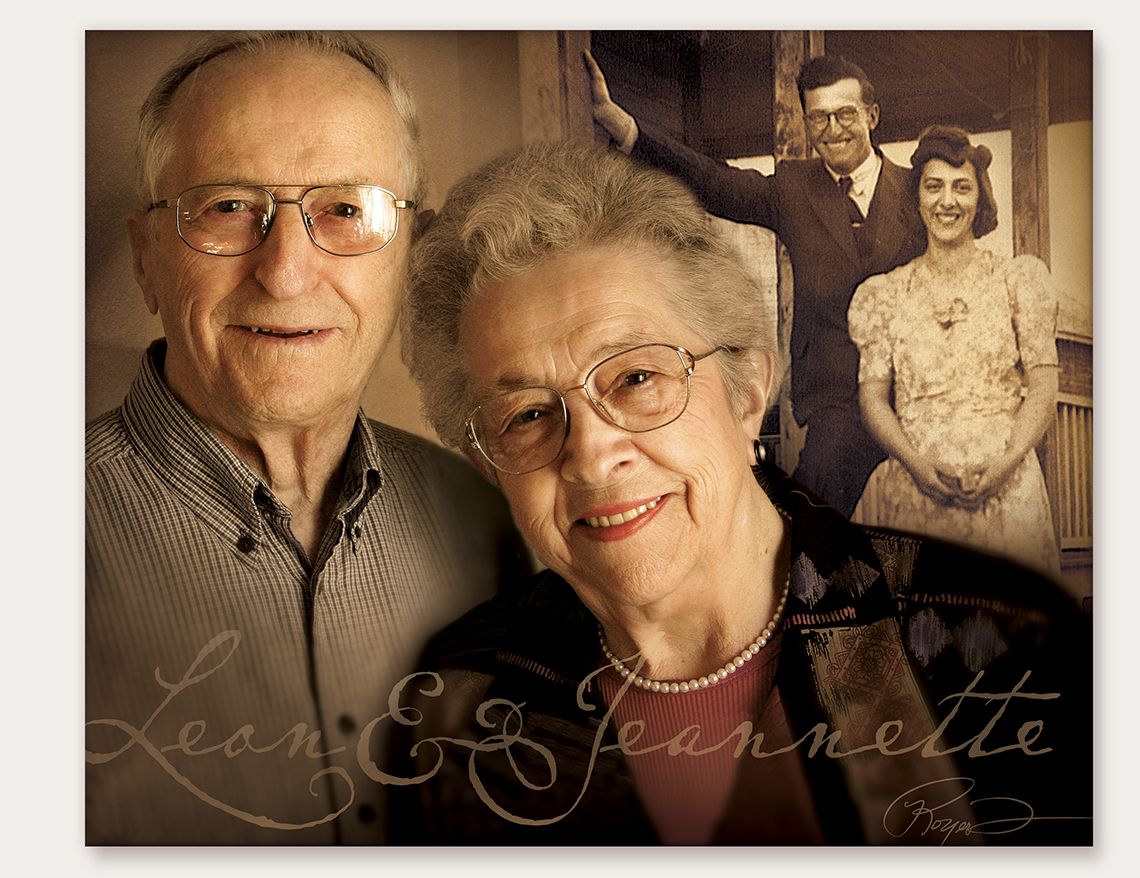 The more recent image was quickly taken in their apartment on a Sunday afternoon. I simply placed them so that there was natural light falling on them from their balcony doors. Later, when producing this image, I tucked her in closer to him as they were originally standing shoulder to shoulder. The black and white image was taken when they were engaged or newly married around 1942. I inserted it behind them and warmed up it's colours in a sepia effect. These 2 portraits were pulled together to represent a span of over 60 years of married life.